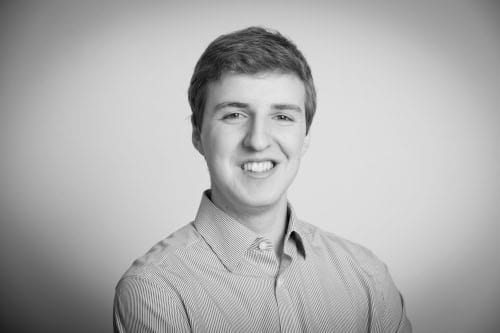 Edward joined Invotra in 2015 having studied various aspects of computing at university.

At college, I studied maths, physics and engineering as I always had a technical mindset, and decided that I wanted to continue to learn similar subjects, so, when I left school I went off to the University of Bath to study electronic engineering. I really enjoyed my course at university but I found that I wasn’t very well suited to the independent learning style.

Due to this, I ended up not passing to 3rd year, and although the university gave me the option to re-sit the year, I decided to pause on further education and, instead, went into volunteering full time with the “fellowship afloat” charity for a year.

This was really enjoyable and I developed a lot of skills, however, at the end of this year, I was thinking about what I wanted to do and decided that I wanted to give education another shot. I had really enjoyed my course and decided to apply to the University of Portsmouth to study the same course. However, once I had completed the first year and started on the second, I found I was encountering a lot of the same issues with the workload and independent learning. I felt that continuing to the final year would not be beneficial to me, and decided to look into other options.

Initially, I worked a range of jobs, however, this was not really for me, and having heard a lot about apprenticeships, I began to research providers and found QA. I registered with them, told them my story and that I was interested in pursuing an apprenticeship somewhere in software, and began interviewing. I heard about Invotra after a number of these interviews, and after an interview with Alison Galvin, the HR and Finance director, I started at Invotra.

I really enjoyed my apprenticeship as it was a great mix of training off-site and getting to meet other like-minded people on the course. I found that not only was I learning material which was relevant to my job role, but was learning subjects which I would ordinarily have never thought about, and enjoyed the challenge that these provided.

If you had told me when I left school that this is where I would end up, and explained the path I took, I would have been very surprised. However, having experience in both university and apprenticeships I would really rate the benefits of both; overall I would encourage people to research all of the different avenues that they can take, even outside of university and apprenticeships as this will really help to shape your career.

I would also recommend researching the company that you work for, as this can have a huge effect on your experience, and good research can really help you ensure you work in a place which fits you best.