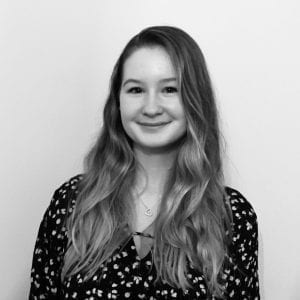 Prior to my apprenticeship I attended Godalming college and achieved three A-Levels in Graphic Design, Psychology and History. After finishing my A-Levels, however, I decided I didn’t think Uni would be right for me as I didn’t want to pursue further education, but instead took a year out and set up my own dog walking business whilst I worked out where I wanted to go next. This also allowed me to earn some money and, at the same time enjoy my love for dogs.

After about a year and a half of dog walking, I decided it wasn’t a career I wanted to pursue long term. I wanted a full-time job (out of the British weather) in a place that would challenge me. As University wasn’t an option for me, I decided an apprenticeship would suit me brilliantly. Starting an apprenticeship allowed me the opportunity to have a job and earn money while giving me new, interesting challenges and the opportunity to gain a recognised qualification at the end of it.

When I was running my dog walking business I felt that as enjoyable as it was, I wasn’t being as mentally challenged as I wanted to be, and, as great company as dogs are, dog walking can get lonely. Therefore, I decided to pursue an apprenticeship as I felt this would provide me with the challenges I wanted and an environment where I could work with other like-minded peers.

I decided on a Business Administration apprenticeship as I had never studied business in school or college and felt it would give me relevant skills for whatever direction I eventually decided to go in.

So far I believe my apprenticeship experience has lived up to and exceeded my expectations. I have met amazing people who I have had the privilege of working with and learning from while being able to work towards a qualification and experiencing new and varied challenges all the time.

What surprised me about my apprenticeship work has been how personalised it has been to my job role, and how much the work I do is applied to my day-to-day role, rather than one general course for everyone where everyone is pretty much writing the same thing.