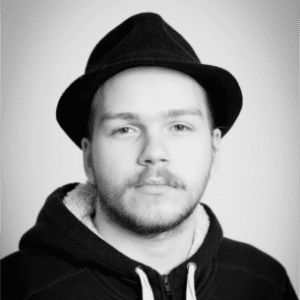 I joined Invotra in July 2017, as a member of the testing team, making sure new client sites and releases work as they should. I also began working towards my Level 3 software apprenticeship when I joined, having completed a computing BTEC in Brighton last year.

I’d always wanted to get into software development; in fact, ever since I got my PlayStation 2 at primary school, I’ve been fascinated by technology and been keen to come up with ideas about how it could be improved. I wanted to get a job where my ideas could make a difference, and that’s one of the reasons why I joined Invotra.

Although I had considered going to university, I questioned it quite a lot. Aged just 12, I was told that software development would be a great career path for me, but when I looked into the cost of studying it at uni, I wasn’t that enthusiastic about it. Also, Steve Jobs never graduated from university, and took a far more vocational path, so I thought “I’m not going to do that, I’m going to get a job!”

I liked the idea of an apprenticeship because, for me, it’s a far better transition from college into the working world. I didn’t want to just start in a role without structured guidance and education, and without there being some recognition of my development. I’d studied to a fairly advanced level at college, doing things like front end development, web development, back end development, Java Script and PHP. There was also a module where I learned how to build a computer – something I could do quite competently by the time I left. However, the idea of doing an apprenticeship, where I would cover lots of these things again, still appealed to me as a means of getting a really solid introduction to the world of work.

I haven’t gotten on well with traditional education in the past, so for me, this method of learning is great. I’ve been doing quite a few of the automated tests, and I like the autonomy it gives you to teach yourself things and move at a pace which suits you. I like the fact that I get the option to progress up to a degree level apprenticeship too. I am now transitioning from working on testing towards a more development heavy role, at the office jolly last November, Fintan mentioned the possibility of me getting involved in re-platforming and front-end work which is something that appealed to me.

I’m currently moving into working in development as my employer and I are in agreement that this is something I could excel in. The good thing about working while you learn is that you get to explore the various areas of the business and software development at a high-level, which I think will help guide me into the right role longer term; far better than if I had gone to university. I believe the work experience I’m getting is what will really drive me forward.

In general, my main goal is to get my level 3 apprenticeship finished so that I can focus more on developing in my role at the company, I would also like to continue pursuing personal projects in order to improve my development ability and contribute to the open-source community which Invotra is an active member of.