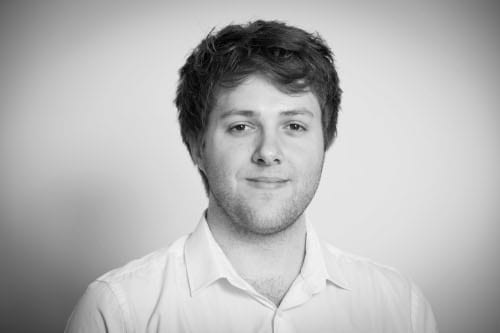 I joined Invotra in November 2017 and I’ve enjoyed the challenges I’ve faced so far.

Before I began my apprenticeship, I was in my second year of studying for a degree in Chemical Engineering but I had become dissatisfied with my experience at university. Despite leaving at this stage, I got a diploma, so I do have a qualification from my studies.

Starting an apprenticeship has allowed me to study a new subject, which I am enjoying a lot more, without the drawback of paying yearly university fees.

When I did my research on Invotra, I remember being really impressed by two things…

Firstly, the level of support and opportunities given to apprentices – with a large percentage of my colleagues also having started as apprentices. Reading about their own success made me confident that Invotra would be a work environment I could flourish in.

Secondly, the fact that the majority of Invotra’s customers are currently government departments. This made me feel like I would be involved in meaningful work and some interesting projects, which was something I was missing from my previous experience.

My initial and current role at Invotra is that of a tester. When I began my apprenticeship I was given the task of creating test content for our demonstration and testing sites. While doing this, I became more familiar with our product and this quickly allowed me to move into testing releases.

The support within Invotra to enable me to succeed in my role has been all it promised to be. When I started I was assigned a buddy who is also on the software development apprenticeship. I have been able to go to them with any questions and more likely than not they will know the answer because they have been in my position. I expect that I will become a buddy for a future apprentice and continue the cycle!

As a member of the Quality Assurance team, I am responsible for testing that every release is working as expected before it is deployed to our customers. For each release cycle, I will assist with performing standard tests to check that there is no regression in the functionality of our product.

In addition, I test bug fixes released by our developers to verify that bugs no longer occur (which may take several reworks and test attempts). As a tester, it is valuable to be tenacious and willing to perform the same test multiple times across various environments. It is also useful to ‘think outside of the box’ and have an awareness of obscure ways that could potentially break areas of the software. Because most of our clients are government departments, it is especially important to test thoroughly to find any bugs that could be a risk to security.

Recently, I’ve become involved with the our new automated QA team. I have begun looking at reducing the load on our manual QA team by writing automated test scripts. It’s great knowing that the work I will be doing is contributing to our organisation’s scalability.

My apprenticeship is almost coming to an end, having recently submitted an evidence-based portfolio of the work I have done over the course of my apprenticeship.

In terms of next steps, I’m looking forward to being a more integral part of the automated QA team. Based on the work that I’ll be doing within that team, I plan to progress on to a Level 4 Software Development Apprenticeship course, hopefully within the next year.