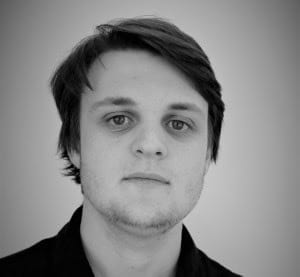 Scott is currently working towards his Software Development Level 3 apprenticeship

Before Invotra, I had planned to study chemistry at university, however, I decided towards the end of college that this would not really be for me. I still have plans to progress to higher education at some point, but I would like to study something related to software development or back end processes instead, I am not 100% sure on an exact direction yet.

Prior to my apprenticeship I worked night shifts in retail, I hadn’t decided on the exact direction I wanted my studies to take and so, in my eyes, it was better to be employed and keep my options open.

I decided on pursuing an apprenticeship as I felt that it would be a great way to get real-world experience, whilst also allowing me a “stepping stone” into progressing my studies. I also thought that due to most tech-based jobs requiring a certain level of relevant experience (which I did not have) an apprenticeship would cover all of these areas, as well as allowing me to increase my overall knowledge.

The reason I decided to pursue a software development apprenticeship is that it covered a lot of key areas of the subject which I already had interest in, mainly in regards to development, which was a hobby of mine prior to my apprenticeship.

I was unsure of what to expect when I started the apprenticeship, however, so far I have found the course to be constructed very logically and the training to be beneficial in its insight and practical applications.

In the future, I would like to move away from testing and into more development-based areas. That being said, I am still unsure as to which exact area I would like to pursue long-term, and this is a decision which I am in the progress of making (and need to make relatively soon). Once I have decided this I will be able to focus my research and learning much more effectively.