The journey of a woman in tech 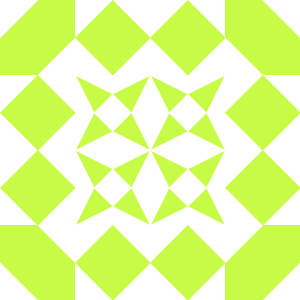 Around three years ago, I began my journey into the world of technology which saw me start my GCSE in ICT.

Like any young, bright-eyed student I believed that the natural progression of my education would be to continue to A-Levels and then university.

Little did I know, this path would lead me to Invotra, where I am now completing a software development apprenticeship.

Reflecting back on these years, it’s astounding to see how the number of women dropped between each stage. Approximately 20 began with me and by the end of my second year of A-Levels, only 2 remained, including myself.

“I only chose it because it’s an easy subject”

“I only chose it because I like the teacher”

“I only chose it because my friends did”

I’d say these were the most common responses I’d hear when asking others why they decided to study subjects in technology. At the end of my education, the likelihood is I was the only girl out of an entire year group that wanted to progress further in a career in technology.

So, that brings us to the discussion of why is there such a low number of women taking on roles in tech-related fields?

Many people place the blame on biased processes that favour men in such roles. Take for example the case of the Amazon AI recruiter.

For a tech giant that could potentially receive thousands of applicants for a position at their company, it’s understandable, especially with the rise of automation, why they would turn to AI as a way to filter out potential candidates.

From a first glance, it seems like a new and innovative way of finding the people you want at your company is by teaching it the qualities you are looking for. But, how do we judge the qualities of what we are looking for within a company? Perhaps we look at who we have employed in the past?

By programming the AI to rate candidates based on patterns seen in previous successful CVs, it developed a bias towards men as the ideal employee due to the majority of those successful applicants in the last 10 years being men. It taught itself that the appearance of the word “ women’s” did not make a good application. Going to the lengths of penalising an applicant for saying that one of her hobbies was attending a “women’s” chess club.

While this may be an extreme case, I feel that it highlights the underlying cause of why we don’t see more women in the industry.

It’s not necessarily that the recruitment phase is biased or that certain words are used to attract men in advertisements. I believe it comes down to the journey I first spoke about at the beginning of this blog. If young women aren’t inspired or shown the choices available to them as they progress through their education then most likely they aren’t going to look to technology as their go to career.

Evidence of this can be clearly seen in university statistics. Back when I applied for a degree in computer science the ratio of males to females on the university’s course was 9:1.

Only 7% of the students taking computer science A-level courses are female. Just half of the girls that study IT and technology subjects at school go into a job in the same field.

So, what can we do to change this?

To find more information on the apprenticeships that are offered at Invotra check out: